Week 10: Two-Fifths Harvest on the Twenty-First 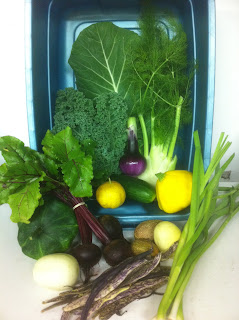 This week, 3 of 5 ICF members were 'MIA on Harvest Day', but with the exceptional help of good friends, the bins were packed and ready for happy homes by the usual time. Not having been present, I can only imagine how nicely the ducks were lining up. The showcase spread above says it all.

Globe shaped purple onions that have a glossy skin and strong neck. Redwing onions are

An old Dutch heritage variety that can be eaten fresh, or dried for use in winter soups

This versatile beet has a wonderful texture and a sweet flavour. It contains up to 50%

These grayish green summer squashes are some of the first squashes to mature. Their

zucchini like taste and texture make them versatile around the kitchen.

This vivid yellow summer squash has dazzling colour and a sweet flavour. Steam them whole

for a tasty treat!

This dark green paddy pan is our fastest growing variety. A shiny summer squash that keeps

its distinctive shape and grows vigorously.

The mild licorice flavour of this fennel make it tasty treat! Perfect as a snack on it’s

own or served in salads and stews.

texture and flavour can be enjoyed steamed, boiled, or stir-fried. 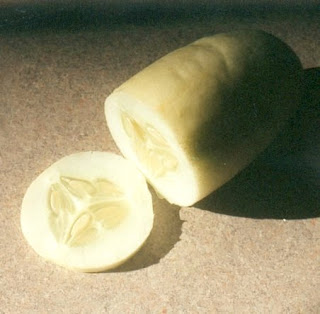 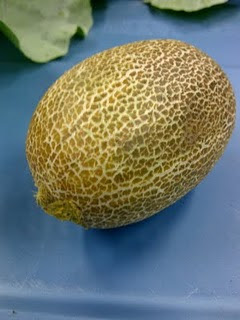 Little potato has a texture of aged alabaster, the colour of pomme de terre, and a zesty

lemon burpless flesh. We think this is the gourmet cucumber par excellence.

This obscure looking heritage cucumber is small, round and lemon coloured. The flesh is

An Australian heirloom that is starting to impress gardeners worldwide. Rounded “apples”

with crisp, white flesh that is incredibly juicy with a refreshing tang. 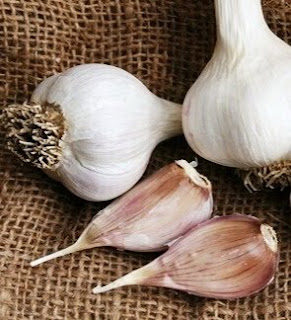 This week's garlic variety is called Music, or sometimes Musica, a hardneck that is known for its great size, taste and ability to grow well in northern climates. Allegedly (from farmer folklore), the variety is named after an Ontario grower, Mr. Al Music, who received the stock from a fellow Yugoslav. Garlic in general is believed to have originated from wild varieties in the mountainous regions of Afghanistan, Uzbekistan, and Tajikistan. I'm a little disappointed with the lack of google street view for this part of the world, inhibiting my electronic international garden comparisons (also known as veggie street creeping).